Leading SCADA network and mobile telecommunications supplier, EMR Integrated Solutions today announced the establishment of a formal project management office (PMO) with dedicated management and a dedicated team, to handle project delivery for its many customers across Ireland, UK and Europe.

The team has been set up in response to a strong upsurge in contract wins particularly in the UK, following the company’s entry to that market in late 2015.

The primary role of PMO is to provide a blend of overarching project direction and ongoing control and it will serve as the central hub between senior management, supervisors, engineering, sales, finance, service, logistics and the customer.

Commenting on the development, Derek Glynn, COO with EMR said:

“We’re seeing increasing project volume, variance and complexity, particularly in our UK business.  The establishment of a PMO will guide multi-project management processes that closely tie into EMR’s existing ISO quality, environment and Health and Safety procedures.  This will generate a significant reduction in project cycle times and successful project delivery in line with customer expectations.”

The PMO is led by Michael Quinn, a seasoned industry professional who previously served as COO with Dennison Trailers and as a senior director with Tomra, a world leader in sorting technology for the food, recycling and mining industries.   He was also formerly group operations manager with Odenberg Engineering and VP of European Operations with MTI and brings a wealth of operational experience to the role.

Michael is supported in his role by Niall Clancy and Colm Farrell.    Niall has been with EMR almost three years now in a project management role while Colm has been promoted from within, moving from a field technician role into project management.

EMR recently announced a €500,000 investment in the business and plans to increase headcount to 50 over the next 12 months.

Pictured above left to right are:  Niall Clancy, Michael Quinn and Colm Farrell 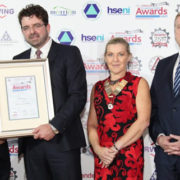 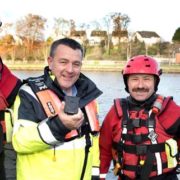 EMR pounds the pavement in support of GT5K 2017 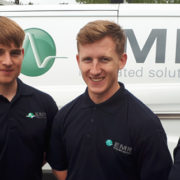 EMR announces participation in the ‘Learn and Work’ scheme 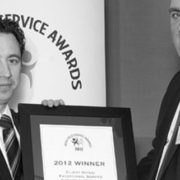 This site uses cookies. We hope you're ok with that and would ask you to accept this if you wish to have the best experience browsing our site.

We may request cookies to be set on your device. We use cookies to let us know when you visit our websites, how you interact with us, to enrich your user experience, and to customize your relationship with our website.

Click on the different category headings to find out more. You can also change some of your preferences. Note that blocking some types of cookies may impact your experience on our websites and the services we are able to offer.

These cookies are strictly necessary to provide you with services available through our website and to use some of its features.

Because these cookies are strictly necessary to deliver the website, refuseing them will have impact how our site functions. You always can block or delete cookies by changing your browser settings and force blocking all cookies on this website. But this will always prompt you to accept/refuse cookies when revisiting our site.

We fully respect if you want to refuse cookies but to avoid asking you again and again kindly allow us to store a cookie for that. You are free to opt out any time or opt in for other cookies to get a better experience. If you refuse cookies we will remove all set cookies in our domain.

We provide you with a list of stored cookies on your computer in our domain so you can check what we stored. Due to security reasons we are not able to show or modify cookies from other domains. You can check these in your browser security settings.

We also use different external services like Google Webfonts, Google Maps, and external Video providers. Since these providers may collect personal data like your IP address we allow you to block them here. Please be aware that this might heavily reduce the functionality and appearance of our site. Changes will take effect once you reload the page.