Under the terms of the deal, EMR will supply, install, commission and maintain a mission-critical Tier III DMR network for ESB Generation and Wholesale Markets, allowing robust, reliable radio communications between the company’s 23 power stations. Over 400 handsets have been deployed to-date.

“I want us to be proactive rather than reactive in managing our radio networks and that’s what we’ve achieved with EMR through this contract.  We’ve moved to a fully integrated and managed system for everything from operations to evacuation and person location.  That’s innovation, that’s clever,” he said.

The network refresh, based on Motorola digital radio technology, was initially driven by an operational requirement for reliable, high performance inter-station communications, from hydro-electric power stations such as Inniscarra in Cork and Erne in Donegal to the hydro control centre in Turlough Hill, Co Wicklow.  It will now be extended to all power stations nationwide.

Many new features are being rolled out for the first time including Tier III trunking, which allows inter-station, radio communications via wide area links and an innovative person-location system, particularly critical for smaller power stations.  The system uses a series of wall-hung, wireless beacons, which record the radio’s signal as it passes and updates the mapping application at the location. If a user triggers an emergency alarm, they can be immediately located within the building.

“That’s lateral innovation where we’re using the radio system as a person-location system through a different technology,” said Mr Friel.  “We’re fully utilising the asset and it’s only been possible through the collaborative working relationship we have with the engineering team at EMR.  We share our problems with them and together we find a solution.  This approach has been very powerful for us,” he said.

Other technology ‘firsts’ include the deployment of a remote battery management solution, which allows ESB staff to ensure sufficient radio infrastructure power is available to all stations in the event of power outage.  In addition, work to integrate the radio network into ESB’s VoIP telephony system is well underway and this will see radio users connected to the voice network and able to make voice calls as they would with a mobile phone.

The selection of Motorola technology for the two-lot tender was a natural one according to Alan Feenan, sales director with EMR Integrated Solutions.

“ESB staff operate in the most demanding environment, where they’re exposed to damp, cold conditions for most of the year.  The Motorola portfolio of handsets and repeaters is extremely rugged and reliable.   Standardising on Motorola equipment also leveraged the ESB’s existing investment in their technology and end-to-end management of all DMR field assets is now a reality, thanks to deployment of centralised network management software at their telecoms operations centre,” he said.

Mr Feenan believes that this radio network is one of the most sophisticated and feature-rich currently in use across Ireland and the UK. 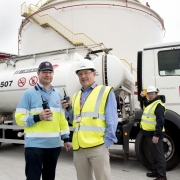 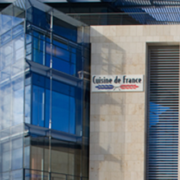 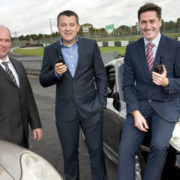 EMR completes network infrastructure upgrades at 18 windfarms across the UK...
Scroll to top

This site uses cookies. We hope you're ok with that and would ask you to accept this if you wish to have the best experience browsing our site.

We may request cookies to be set on your device. We use cookies to let us know when you visit our websites, how you interact with us, to enrich your user experience, and to customize your relationship with our website.

Click on the different category headings to find out more. You can also change some of your preferences. Note that blocking some types of cookies may impact your experience on our websites and the services we are able to offer.

These cookies are strictly necessary to provide you with services available through our website and to use some of its features.

Because these cookies are strictly necessary to deliver the website, refusing them will have impact how our site functions. You always can block or delete cookies by changing your browser settings and force blocking all cookies on this website. But this will always prompt you to accept/refuse cookies when revisiting our site.

We fully respect if you want to refuse cookies but to avoid asking you again and again kindly allow us to store a cookie for that. You are free to opt out any time or opt in for other cookies to get a better experience. If you refuse cookies we will remove all set cookies in our domain.

We provide you with a list of stored cookies on your computer in our domain so you can check what we stored. Due to security reasons we are not able to show or modify cookies from other domains. You can check these in your browser security settings.

We also use different external services like Google Webfonts, Google Maps, and external Video providers. Since these providers may collect personal data like your IP address we allow you to block them here. Please be aware that this might heavily reduce the functionality and appearance of our site. Changes will take effect once you reload the page.